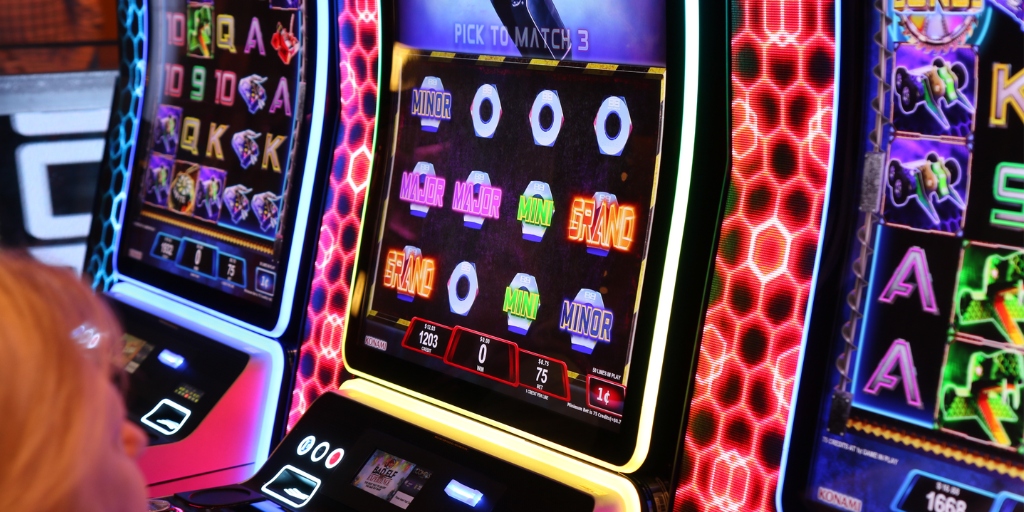 BattleBots, the world’s premier robot combat competition, provides the theme for the first official BattleBots casino slot games, which are installed at Silverton Casino Hotel. Developed by Konami Gaming, Inc., a global leader in casino gaming, the industry’s first BattleBots slot machine debuts as Las Vegas gears up for the opening of the new hit live Las Vegas show: “BATTLEBOTS: DESTRUCT-A-THON,” which will open at the BattleBox arena on Feb. 3. Also, on view alongside the gaming machine are several real BattleBots robots, including Tombstone, Skorpios, Jackpot and Ginsu.

Slot-playing, robot-fighting fans can be part of the carnage as the iconic combat robots strike, swing, shove, slice and smash with each spin for cash bonuses and more. The slot game features BattleBots’ most memorable robot competitors such as Tombstone, Witch Doctor, HyperShock and others.

The phenomenally popular BattleBots television show has amassed a passionate audience in 150 countries, with more than 10 million followers on social media.

BATTLEBOTS: DESTRUCT-A-THON will be the world’s first robotic combat show and will be exclusive to Las Vegas. Shows take place on Thursdays and Fridays at 6 p.m., Saturdays at 3 and 6 p.m. and Sundays at 12 p.m. BATTLEBOTS: DESTRUCT-A-THON tickets are available now starting at $59 per person. In addition, the new BattleBots season premieres on Discovery Channel on Jan. 5.

About BattleBots
BattleBots is the world leader in the fast-growing sport of robot fighting. For more than 20 years, BattleBots has brought its unique mix of metal mayhem, flames, explosions and high drama to its passionate fans around the world. Created by Edward (Trey) Roski and Greg Munson and now seen in over 150 countries, the sport has over 10 million followers on social media, as well as tens of millions of television viewers. For more information, go to www.battlebots.com, or follow on Facebook, Instagram, Twitter and YouTube.