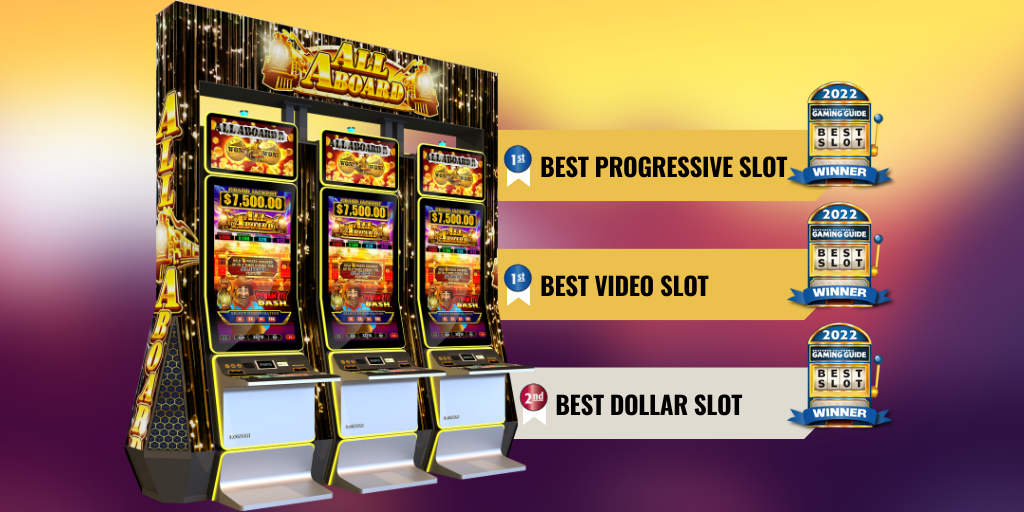 Konami Gaming, Inc. and its All Aboard slot series won first place for Best Progressive Slot and Best Video Slot in the Southern California Gaming Guide Reader’s Choice 2022 Best Slots. All Aboard was named by way of popular decision in a contest running from May 1 to May 31, 2022, which received input from casino players in one of the most competitive gaming regions in the world. In addition to All Aboard’s first place honors for Best Progressive Slot and Best Video Slot, the high-denomination version of the game—called All Aboard Gold Express™—won second place for Best Dollar Slot. All Aboard has appeared in Eilers & Krejcik Gaming, LLC and Fantini Research’s list of Top Grossing Parent Games – Premium Leased & WAP1 for 19 consecutive months.

“Konami is thrilled to celebrate these first place awards as a very special acknowledgment of All Aboard’s distinct influence and entertainment value, from the players themselves,” said Tom Jingoli, executive vice president & chief operating officer. “Our All Aboard slot series has had an extraordinary journey, from massive success in the Australia market, to record popularity in the United States, and continuing momentum into broader international markets, as well as online.”

Since the debut launch of All Aboard Dynamite Dash™ and All Aboard Piggy Pennies™, Konami has released nearly a dozen different versions of All Aboard—adding more original base games, high-denomination editions, and even an All Aboard multi-game edition. All Aboard achieved an exceptionally strong start as the first available game series on Konami’s DIMENSION 49J cabinet, which won first place for Best Slot Product in 20th Annual Gaming & Technology Awards. Later this year, All Aboard is also set to arrive on Konami’s new DIMENSION 75C™ large-format machine, featuring an eye-catching, 75-inch C-curve display in 4K Ultra High-Definition (UHD).

“This important recognition for All Aboard would not have been possible without the valued partnership we share with world-class casino destinations across Southern California. We’re honored for the opportunity to bring top Konami content to Southern California casino guests and the nearly half million readers of Southern California Gaming Guide,” said Jingoli.