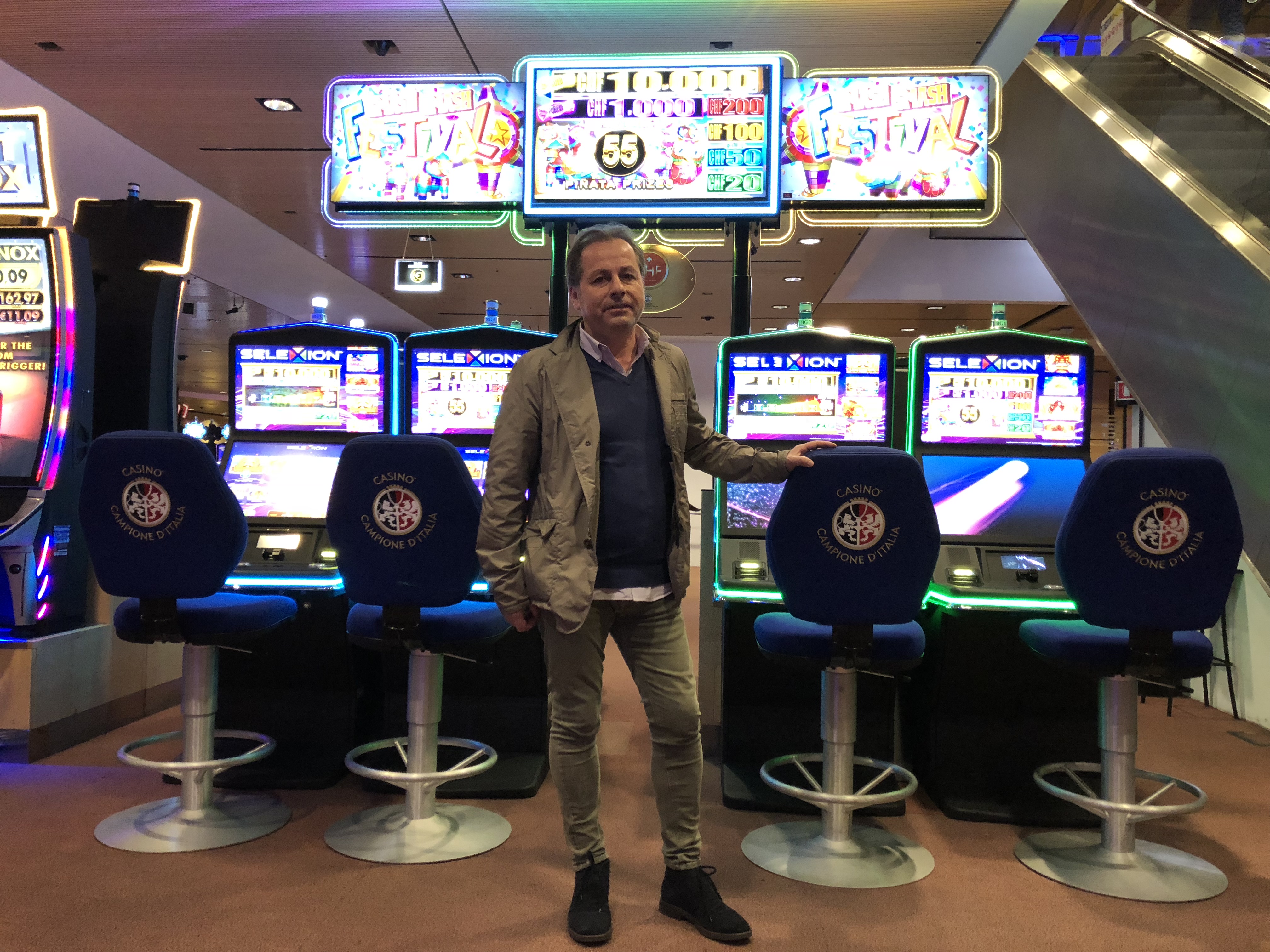 “The Smash Smash Festival games have been a big success from day one,” said Roberto Bernasconi, Head of Slot & Tables Technicians at Casinò Campione d'Italia. “In fact, performance volume on the machines is far and beyond average for the room.”

According to Chief Executive Officer Ing. Marco Ambrosini, “Konami carries a considerable presence across our gaming floor, which includes more than 870 machines, and it is always a pleasure working with INTERGAMES as a localized point of contact here in the region.”

“Casinò Campione carries a dynamic energy and unique experience that is distinct to our legacy,” said Ing. Sergio Frigerio, Director. “Smash Smash Festival is a one-of-of-kind game that helps deliver that spirit of excitement in ways that are truly captivating and fun for players.”

Smash Smash Festival is featured at Casinò Campione d'Italia across a bank of eight slant machines, with SeleXion® multi-game and a recognizable overhead sign display.